Let’s Put an End to This Streak 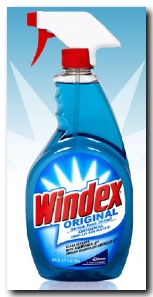 The Reds lost their fifth game in a row on Tuesday by a score of 6-4 at the hands of the Milwaukee Brewers.

Brandon Phillips had a strong night at the plate, going 2-for-3 with two walks. Unfortunately, no one ever hit him in. Three of the Reds' four runs came on solo shots: Rich Aurilia, Adam Dunn, and David Ross contributed one apiece. Scott Hatteberg brought in the team's only other run with a sacrifice fly in the third inning to plate Arroyo.

I think that there is a limit to the number of times that you can say this team needs to figure out how to get on base before the phrase starts to lose all meaning. So I won't say it again. You already know.

The loss brings the Reds' record to 36-29. They try to avoid the sweep this afternoon at 12:35 when Elizardo Ramirez takes the mound against Carlos Villanueva.