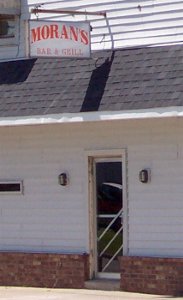 The Reds re-signed Darrell May today, just three days after releasing the left-hander.

May had performed well for the AAA Louisville Bats in the two months he worked there, and it appears that his release was a mistake.

“[Releasing May] was a clerical error,” explained General Manager Wayne Krivsky to reporters this morning. “My notes showed that [Dan] O'Brien had signed him, so of course he had to go. When I realized he was one of my guys, we got him back right away.”

The Waterboy
The Reds' sudden return to form correlates with Ken Griffey, Jr. hand-delivering the line-up card before each game. To provide extra luck going into the series with the Cardinals, the team is asking Griffey to take on even more mundane tasks.

Griffey's teammates have even more tasks in mind.

“I'm hoping he can get my bat back from [Ryan] Freel,” said a mopey Adam Dunn. Dunn is 3 for his last 13 over four games with zero homers. Freel hit two home runs last night.

Another Man's Suffering
Tonight the Reds face the Cardinals, who are just coming off a losing series to the Cubs. The Cardinals have an ailing Jim Edmonds (who cannot run) filling in at first base while Albert Pujols is out of the game entirely.

“You hate to see a team with such a proud tradition hurting like that, and it's a shame that such a promising young talent…” Narron started before breaking into laughter. “Damn, I almost got through that with a straight face.”