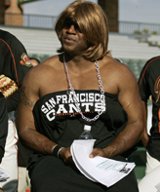 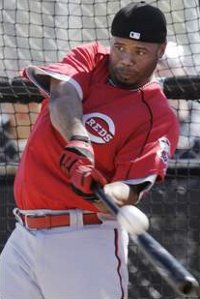 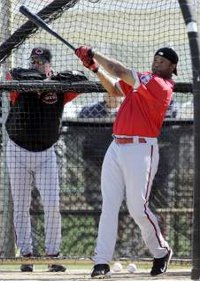 My 2 Fav Teams: the Reds and Whoever Plays the Cards

I love this tight division race. Not only is it super-exciting to watch the Reds meet some success for the first time in the entire time I’ve followed the team, but it gives me twice the baseball to enjoy as I root for both the Reds and whoever is playing the Cardinals.

In a friendly way, of course.

I even think that it’s a healthy thing for Cincinnati to lose first place for a minute. If the Cardinals have taught us anything lo these many years, it’s that if you run away with the division too early, you’re just that much softer in the post-season.

If the Cardinals have taught us anything this year specifically, it’s that running way with the division too early too many years in a row turns you into a bunch of entitled crybabies. Much better to have to work for it, and more fun to watch while you’re at it.

This is truly random ramblings tonight, as I’ve just finished the midterm for one of my summer classes and now I’m blowing off steam. Once I’m all-the-way done with my two classes in just another month, I’ll have proper time to dedicate to watching Joey Votto (and Scott Rolen, and Mike Leake, and Arthur Rhodes, if anyone out there has their eyes open) in the All-Star game. Fun season, for sure.