Am I the only one who actually laughed out loud upon seeing this headline on Reds.com?

Ken Griffey (the junior) has now homered in four consecutive games for the Reds. That ties him with Ted Kluszewski (1957), Johnny Bench (1972), and himself (2003) for the club record. He also holds a share of the major league record for most consecutive games with at least one round-tripper, with eight back in 1993.

When 2B Brandon Phillips swiped second base last night, it was his fifteenth theft without getting caught this season. That made him the first Red since Gary Redus in 1984 to start a season with at least 15 successful stolen base attempts. The last Red with more than that was Ken Griffey (the senior), who swiped 19 of 19 to open the 1980 season.

The Reds have set a new club record for home runs in June with 44. The old record was 43, set in 1957 and tied last year. Of course, they still have tonight's game to try and extend the record.

With wins in these last two games against the Royals, the Reds won back-to-back games at home for the first time since May 22-23 against the Milwaukee Brewers.

RHP Paul Wilson pitched a simulated game on June 27 and is scheduled for another on July 2. 3B Edwin Encarnacion began a rehab assignment in Louisville on June 27 as well. The next day, the 28th, Brandon Claussen threw off a mound for the first time since going on the DL June 17, and is expected to face hitters in batting practice July 1.

Elizardo Ramirez will try to make it two wins in a row over the Indians tonight when he takes the mound for the reds. Ramirez was the winner Sunday after allowing two runs and seven hits in 6-1/3 innings of the Reds' 4-2 victory. That was Ramirez' first since May 23. Ramirez is 1-1 with a 4.73 ERA in two career starts against the Indians.

He'll have his work cut out for him going against the Tribe's Paul Byrd, his scheduled mound opponent this evening. Byrd is 2-1 with a 1.93 ERA in his last four starts. He's 3-1 with a 3.38 ERA in 12 career games against the Reds, and Saturday he allowed just five hits and no walks in eight innings of a 4-0 Cleveland win over Cinci.

The Reds partially redeemed themselves after a loss to the Royals on Tuesday with an authoritative 2-7 win on Wednesday to take the second game of the series.

Aaron Harang led the charge with a seven inning performance. His allowed one run (earned) on six hits and one walk. That one run was a solo shot to John Buck in the top of the second. It was the only time a Royal would get to second on Harang's watch.

David Weathers was less dominating, allowing one run (earned) on two hits in just one inning. Matt Belisle struck out two in a hitless ninth.

Felipe Lopez, Rich Aurilia, and Scott Hatteburg smacked homers in the third inning to score five. Ken Griffey, Jr. added another one in the seventh. The only run that came in via non-home-run means was on a Brandon Phillips sacrifice fly in the second.

As I recall, Ryan Freel did not start the first game with the Royals because Narron “couldn't find room” for him in the line-up, despite the fact that he was white-hot. Narron's quote was something along the lines of “Two days off won't kill him.” True, Freel did survive the game, but he also went 0-for-5 with two strike-outs.

Adam Dunn had only one hit on the night, but he also had more walks than the rest of the team combined. He went 1-for-1 with three bases-on-balls.

The win brought the Reds' record to 42-36. They would go for the series win on Thursday, sending Bronson Arroyo out to deal with Bobby Keppel. 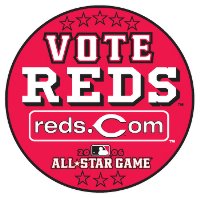