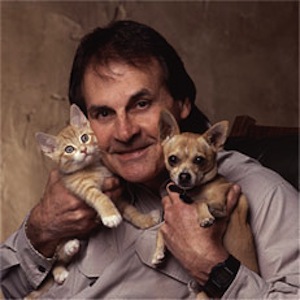 The 2011 baseball season is finally at an end. And while I know I’ll soon be feeling that emptiness that comes from evenings without baseball playing in the background of my life, for the moment I’m glad to see it go. Seeing such a terrible Cardinals team win the whole thing gives me that same why-bother-to-care-about-anything feeling that I got when Richard Hatch won the first Survivor.

Once that’s past, though, it’ll be time for the introspection and analysis of 2011 and the high hopes for 2012. Soon we’ll be talking hot stove stuff, the hope of a new season still literally months away from being dashed. This is the stuff that makes blogging in the off-season more interesting than blogging during the season, especially if you’re a Reds blog.

Posted in Random Ramblings.
Comments Off on Au Revoir to Baseball, 2011

When a GM gets traded, who does the trading?

The Cubs have hired Theo Epstein in their latest effort to break the century-long shame spiral. I don’t know whether it will work, but it’s got a helluva lot better chance than signing Soriano did.

CHICAGO- The Chicago Cubs today named Theo Epstein as the club’s President of Baseball Operations, reporting to Chairman Tom Ricketts. Epstein and the Cubs have agreed to terms on a five-year contract. Further terms of the deal were not disclosed. Epstein will oversee all aspects of the club’s baseball operation. Crane Kenney, President of Business Operations, will continue to oversee all aspects of the club’s business operation and report to Ricketts.

“When we began our search a few months ago, I identified three traits our baseball leadership must possess,” said Ricketts. “I talked about finding an individual with a commitment to player development, someone with a strong analytical background and someone who has been in a winning culture with a track record of success.

“With two World Championships, six playoff appearances and nine winning seasons in nine years as Boston’s general manager, Theo Epstein has an established track record of winning thanks to a solid balance of analytical thinking and traditional scouting methods. And with a nucleus of homegrown players contributing to that annual success at the major league level, Theo has shown a strong commitment to player development.

“My family and I are extremely proud to welcome Theo and his family to the Chicago Cubs. We are eager to begin the next chapter in the storied history of this franchise and have every confidence that Theo will lead us to the championship our great fans so richly deserve.”

“It is truly an honor and a privilege to join such a special organization,” said Epstein. “I would like to thank Tom Ricketts and the entire Ricketts family for putting their faith in me and for giving me this incredible opportunity. I wouldn’t be here without their commitment to the fans and their long term vision for the organization.

“Building a foundation for sustained success starts with a commitment to scouting and player development and requires a team of people working passionately to support a common vision of what the Cubs can become. Together, we will work to define and implement a new vision for the Cubs, and I can’t wait to help lead the way.”

Epstein, 37, joins the Cubs after 10 seasons with the Boston Red Sox, the last nine as the club’s general manager. He built World Champion ballclubs in 2004 and 2007, including the organization’s first World Series title in 86 years, and saw four teams advance to the American League Championship Series (2003, 2004, 2007, 2008). Epstein, the youngest general manager in major league history to win a World Series, is one of only two individuals since World War II to win two World Championships in his first five years as a general manager, joining New York’s Brian Cashman, who won the World Series in each of his first three years from 1998-2000.

Overall, Epstein’s clubs combined to go 839-619 in the regular season, a .575 winning percentage that included a run that featured six seasons with 95 or more victories during his nine-year tenure as general manager. He became the youngest general manager in major league history when named to the post on November 25, 2002.

Epstein’s commitment to scouting and player development has been the centerpiece of Boston’s sustained success at the big league level during his time with the Red Sox. Boston’s first pick (second round) in the 2004 Draft, Dustin Pedroia, was named the 2007 A.L. Rookie of the Year and the 2008 A.L. MVP, and is part of a core of homegrown, developed talent such as Jon Lester, Jonathan Papelbon, Kevin Youkilis, Jacoby Ellsbury, Daniel Bard, Clay Buchholz and others who have helped the Red Sox to their run of success.

Additionally, the Red Sox were honored by Baseball America as the Best Drafting organization of the decade encompassing the 2000s.

Epstein, who last season marked 20 years working in the major leagues, began his baseball career as a summer intern for the Baltimore Orioles from 1992-94. He worked for the San Diego Padres for seven seasons from 1995-2001, advancing to the position of director of baseball operations, before joining the Red Sox in March of 2002 as the club’s assistant general manager. A native of Brookline, Mass., Epstein would be named general manager of his hometown team just eight months later.

Rangers tie it back up

After that unholy shellacking that the Cards put the Rangers through last night (at least, so I hear…I turned it off before St. Louis even got to 12 runs), Texas came back to tie the series up 2-2 in shutout fashion. As you know, all the should-be spokesmen for the team ducked out on the media after their last lost–proving once and for all that Brandon Phillips has them all wrong–leaving the rookies to fend for themselves.

I don’t know whether they did that again tonight; the broadcast I was watching hadn’t even tried to talk to them. To be fair, though, how many ways are there to say, “whatever we had yesterday was gone today”?

With the Colts game tonight, though, there’s no way anyone’s going to be talking about the World Series around the old water cooler tomorrow. I don’t think I’ve ever even heard of a 55-point differential in a professional football game before, especially not when the two teams were facing each other in the Super Bowl, what, two years ago?

But I digress. The Rangers get their last home game tomorrow before the series moves back to St. Louis.

Posted in Random Ramblings.
Comments Off on Rangers tie it back up