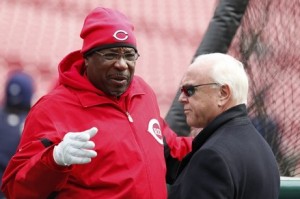 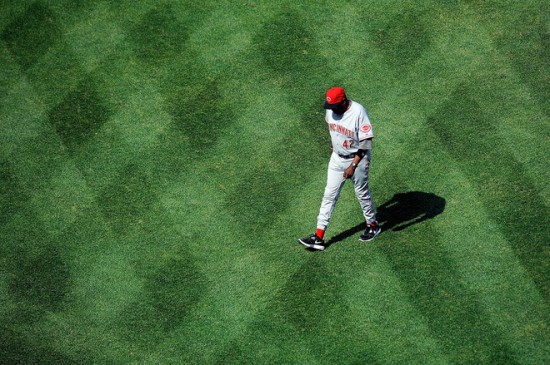 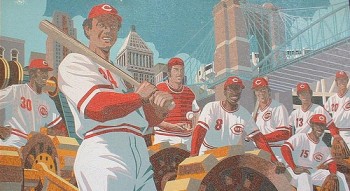 Like many Reds fans, I need a day off.

But I will share this thought: in the 1970s the Reds won the division 6 times, the NL pennant 4 times, and the World Series 2 times.

That means that twice they lost in the World Series and twice they won the division but lost in the first round of the playoffs. Their fans were probably terribly disappointed then, but those accomplishments still contribute to their legacy now.

This disappointment sucks, but in 30 years we might be looking back at the accomplishments of this year as the beginning of a dynasty.

Today is my birthday. All I asked for was a Reds win, but instead I got a lump of coal. I don’t really want to think about it any more.

Pictured borrowed from http://4192cards.com. If you’d like to buy this pennant, you should go check them out.

So instead, let’s live in the past for a while. Thankfully, Chris Jaffe is always on top of making us aware of awesome stuff people did on this day in years past.

For example, on this date 40 years ago (still a few years before I was born) there were two incredible LCS games going down, and the Reds were the beneficiaries of one of them.

In game five of the NLCS, the Reds won the pennant on a walk-off wild pitch. In the other game the Tigers came back in the 10th to force a Game Five against Oakland.

Check out the whole story on The Hardball Times.

Posted in Random Ramblings.
Comments Off on 40th anniversary of a Reds NLCS win 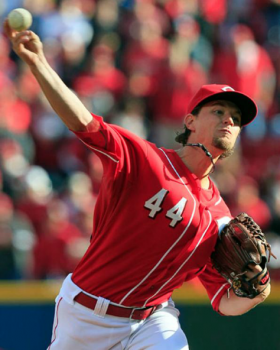