ST. LOUIS, MO -- The St. Louis Cardinals will have to face the Reds without a second baseman tonight because Mark Grudzielanek refuses to stop watching the first-season DVD of “Who's the Boss?” long enough to take the field.

Reds' first-base coach Randy Whisler, a big fan of Tony Danza who played Tony Macelli on the show, presented the DVD to Grudzielanek before the game this afternoon for good luck going into the postseason. Whisler knew the gift would be popular.

“But I didn't think he'd refuse to play because of it,” said Whisler. “That certainly wasn't my plan all along.”

But not everyone in the Cardinals clubhouse was excited about the gift. Grudzielanek and David Eckstein nearly came to blows when Eckstein questioned Macelli's manliness.

“Dude, he lives with this broad for like, five years and never gets any action?” Eckstein teased. “What's up with that?”

In fact, “Who's the Boss?” ran for eight years, and only in the last season did Macelli and Angela Bower (played by Judith Light) even acknowledge their feelings for each other. This is among the many tidbits Grudzielanek will happily share about the program that he calls “deep and inspirational.”

“The lessons I learned from Samantha and Jonathan have been invaluable to me in my life,” says Grudzielanek. “Tony was so wise, and Angela was so strong. Oh, and that wacky Mona!”

“Even it's theme song has a message. 'There's the path you take and the path not taken, the choice is up to you, my friend.' That is so true.”

Grudzielanek says his connection to the show is due to the fact that Danza's character had also played second base for the Cardinals on the show before taking a job as Angela's housekeeper. He hopes to continue following in Macelli's footsteps.

“Maybe some day I'll find my Angela,” he said with a sigh.

Grudzielanek is expected to be back on the field to contribute to the Cardinals' massive late-season collapse Saturday or after the one where Tony walks in on Angela in the shower.

Choose Your Own Adventure, Reds Style

You awake from a deep sleep, sit up in bed, and try to figure out what is wrong. You look around: the bedroom is unfamiliar and a woman who looks vaguely familiar is lying next to you, still sleeping. Concerned, you swing your legs out from under the covers to the floor, and realize that you don't recognize your legs. What is going on?

You make your way through the bathroom door and turn on the light. You squint in the sudden brightness, but your eyes pop wide as you catch a glimpse of yourself in the mirror. You stare agape at your reflection.

The man staring back at you is Reds' General Manager Dan O'Brien.

You are stunned, speechless. You don't know how this happened or what it means. But slowly it dawns on you that you have been presented with an opportunity; finally you can do all the things that you've known all along that the Reds have needed to do. The question is whether you can keep yourself employed long enough to make any real changes.

The Truth Is Out There

The Reds embarrassed the Brewers tonight to the tune of 1-36. Each of the nine Reds' starting line-up contributed a grand slam home run. Ram&oacute;n Ortiz's only allowed run came on a phenomenal play in which Jason Overbay hit a ball so high that he had already rounded the bases and touched home plate before it bounced off Adam Dunn's hands just inside the first base foul line.

That's not what you'll read in the paper, of course. The “official” reporting will tell you that the Reds and Brewers repeatedly traded the lead as the Reds bullpen did their damnedest to hand back whatever breathing room the offense managed to secure. The “legitimate” media will say that even though Javy and Wily Mo hit home runs, it would take three pitchers, 11 batters, and five earned runs for the Reds to get out of the bottom of the eighth.

Sure, you can believe that if you like. That's what they want you to believe. The powerful sporting news cartel has a vested interest in keeping Midwest-town sports as uninteresting as possible. But you don't really know that what they say is true, do you? You didn't see it yourself, did you? The radio broadcast didn't hold your interest, did it?

Yeah, that's what I thought.

Julia over at Redbirdphany has begun project L.A.M.E.A.S.S. by which she will show her dedication to the Cardinals by posting every day. I probably would not normally mention a St. Louis-supportive writing project, especially since the posts so far have not really been about baseball, except that there is an apparent RHM tie-in. So, if you're in the mood to see what it looks like when someone posts about shopping at a flea market and attributes it to baseball fandom, definitely tune in.

That's what they want you to do. 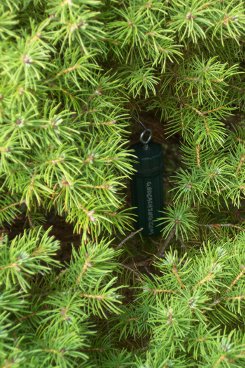 Kearns Has Good Night; Harang, Weathers Not So Much

Like many Reds fans, these days a whole lot of my life gets in the way of actually watching the games. Whereas early in the season I'd block out the time and allow nothing to break my attention from the on-screen action, around this time of year I find myself catching bits and pieces of the action between doing just about anything else.

So, for your reading enjoyment, I'll give you the recap not of the game in its entirety, but as I saw it.

The Phillies began the game with three runs, which hardly seems fair. Every time I looked up as I diced onions for the guacamole, I rubbed my eyes in disbelief that the top of the first inning was still happening. Note to self: don't look up while dicing onions. Don't rub your eyes either.

The teams decided to forgo the bottom of the first and entirety of the second while I dozed in front of the television. ESPN announcers bantered mundanely about something. I thought that one of them said something about Rich Aurilia showing off great range, but surely I dreamed that.

Their suddenly rising tone shook me awake. They were responding to Ryan Freel singling to center field in the bottom of the third. Somehow the Reds had acquired a run before then, but though Felipe Lopez next drew a walk, Adam Dunn struck out swinging to end the scoring threat and allow me to slip back into unconsciousness.

The Phillies started piling on the runs in the top of the fifth. They were up 5-1 when the clocked chimed 8:00 and it was time to go upstairs and read a book about Clifford the Big Red Dog. As I followed Jon back down the stairs, we played the guess-the-score game.

But it was true. By some miracle, the Reds were up 8-6. Jon made us each a Big Blue Sky to celebrate. We watched as Austin Kearns came up and hit a homer, then we watched it again with Ray Olmedo. This was looking turning into quite a game after all.

Then the appearance of David Weathers. The horrible, horrible appearance of David Weathers. He gave up a couple singles then a home run to bring the Phillies within one. Then he “struck out” Bobby Abreu, who went on to get himself ejected, followed immediately by the manager and some unspecified other person. Things were really looking good then, especially after Weathers struck out Pat Burrell.

But then the walk to Ryan Howard and then the home run to David Bell and then the Phillies had the one-run lead in the top of the ninth with two outs and then the phone rang. It was my brother finalizing the details of our geocaching trip tomorrow. One of the caches we'll be looking for is pirate-themed!

I hung up the phone and the game was over, as were the Reds' far-fetched hopes of a .500 season. At least I caught 40 winks during the game.

I expect tomorrow's game to be equally exciting, with the Reds again spotting the Phillies several runs and making heroic comebacks in between snippets I hear on the radio. Maybe there will even be a pre-game scuffle or general sub-par play: it is a Pirate-theme after all.

Posted in Game Wrap.
Comments Off on Kearns Has Good Night; Harang, Weathers Not So Much