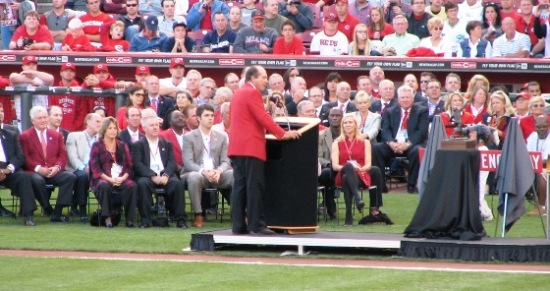 This issue of Sports Illustrated has a story titled “Ten Years Later: A Look into the Lives of Players Affected by Baseball’s Steroid Era.” I found the preview quite compelling, so I thought I’d post it here for your reading enjoyment.

(NEW YORK – May 30, 2012) – Ten years ago, Sports Illustrated’s exclusive in-depth look at the use of performance-enhancing drugs in major league baseball (MLB) led to a senate investigation. Former National League MVP and admitting steroid user Ken Caminiti told SI that he had used performance-enhancing drugs and believed that about as many major league players were using steroids as were playing the game clean. Senator Byron Dorgan opened the senate subcommittee hearing by citing the SI story as a call to action, a reason to decide whether any “legislative action is necessary.”

As MLB continues to expand its drug testing since the hearing, the focus has been on the tainted records and court cases that resulted from the Steroid Era. But the cover story for the June 4, 2012, issue of Sports Illustrated looks inside the lives of ordinary players whose careers were defined by the choice they made, to cheat or not to cheat.

Senior writer Tom Verducci, who wrote the cover story in 2002, examines the playing careers of four right handed pitchers who were members of the Minnesota Twins organization in mid-to-late 1990s. They had similar skills and backgrounds. None were drafted by the Twins higher than the fourth round of the MLB amateur draft. One of the four, however, took steroids, and he was the only one who ever reached the major leagues. His name was Dan Naulty and his decision to cheat the game, his teammates and himself affected all their lives (page 38).

Naulty was 6’6’’ and 180 pounds as a senior at Cal State Fullerton, had a fastball that sat around 85mph and was drafted in the 14th round. After using steroids and other performance-enhancement drugs, he began throwing his fastball at up to 95mph and at one point weighed 248 pounds. He spent three seasons with the Twins, pitching in 97 games before being traded to the New York Yankees in 1999, where he won a World Series.

On the outside, he looked like many other major leaguers, but inside he was an emotional wreck from the steroids, the guilt of cheating and a drinking problem. Naulty hit rock bottom just after the World Series. After a night of celebrating with some teammates, Naulty asked his driver as they crossed the George Washington Bridge, “Tell me. Tell me if this is all there is to life. Because if this is all there is, just stop this car right now and I’ll jump…. I had no hope. I had sold myself that bill of goods so long that I believed it. But I realized at that moment I had totally destroyed my life. And I had destroyed countless other people’s lives. I was ready to die.” 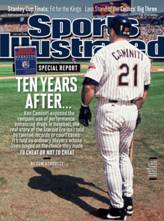 Brett Roberts was the highest drafted of the four pitchers, and in 1996, the Twins invited he and Naulty to big league camp where Naulty beat him out for a roster spot. Roberts said, “It’s hard enough trying to make it in this profession. You want to make it on your own abilities and work ethic, and all of a sudden, when you think it’s an even playing field, you’ve got somebody cheating. I was very upset, knowing my chance to get to the big leagues was cut short. I was jealous, hurt, frustrated, angry .?.?. all that stuff. I guess I should have been suspicious. How can a guy go from 85 miles an hour to 95 in three or four years? As I look back on it, it’s so clear and obvious that I can’t believe I was that naive and incredibly stupid. All the signs were there.”

Available on newstands now, or check out the electronic version. There’s apparently a podcast with Tom Verducci and Richard Deitsch if you get the version on your tablet computer.

Posted in Random Ramblings.
Comments Off on Steroid Retrospective in SI

The game was looking really good until it suddenly wasn’t yesterday, when the Reds lost 1-2 to the Pirates.

Johnny Cueto started for the Reds. In 7 innings of work he allowed 2 run (earned) on 5 hits and 4 walks. Not the best he’s ever been, but hardly a losing effort. Sean Marshall got the first out in the eighth and Logan Ondursek got the other two. Pitching the ninth wasn’t necessary.

The Reds scored their run early, which is why the game felt pretty good for a while there. Zack Cozart started off the game with a hit and was eventually knocked in by Brandon Phillips. But once A.J. Burnett got going, there was no getting to him. Only Chris Heisey and Joey Votto added hits to Cozart’s first one.

Speaking of Votto, he got a day off yesterday (except for that one pinch-hit) and his absence was definitely felt on the field. May the light day yesterday and the off day today prepare him for another two months’ worth of straight starts.

Daily Brief: May has been kind to the Reds

Last Game
The Reds lost the game and the series to the Pirates last night, 2-1. Apparently Johnny Cueto should have known better than to allow 2 whole runs.

Next Game
The Reds are off today and traveling to Houston. Tomorrow they’ll take on the 22-28 Astros.

What to Say to Sound Smart at the Water Cooler
Joey Votto is hitting .405 in Minute Maid Park, and has an 18-game hitting streak going there. 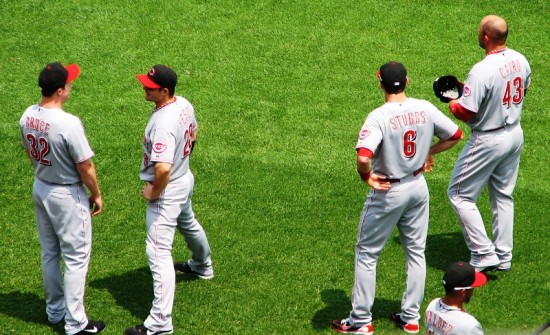 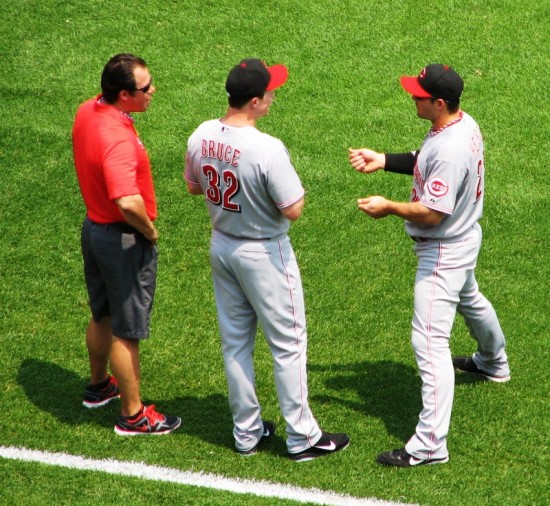 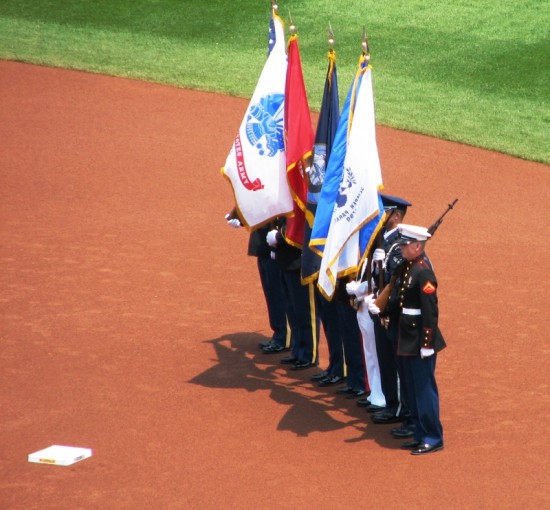 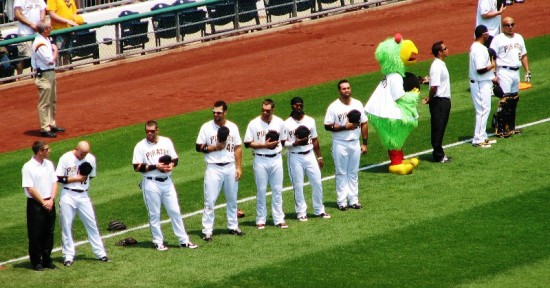 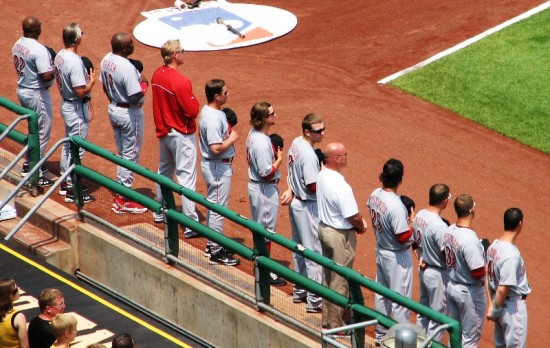 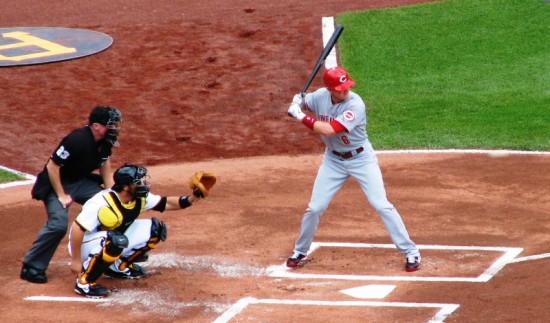 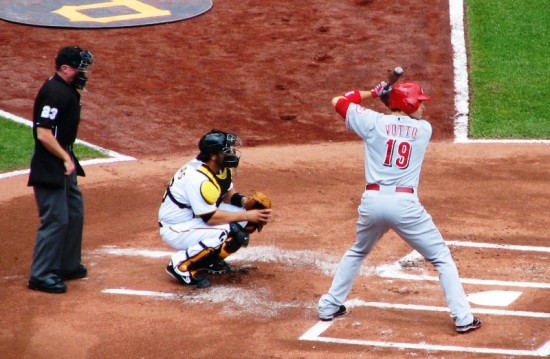 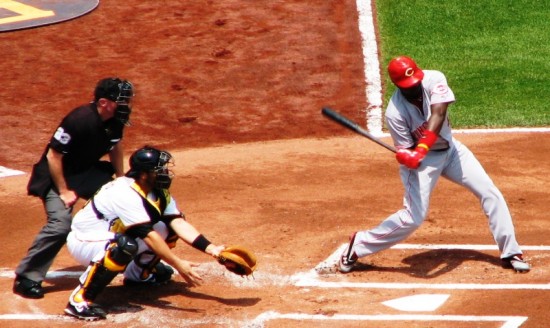 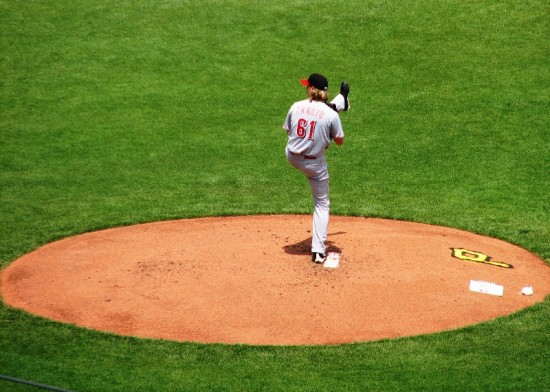 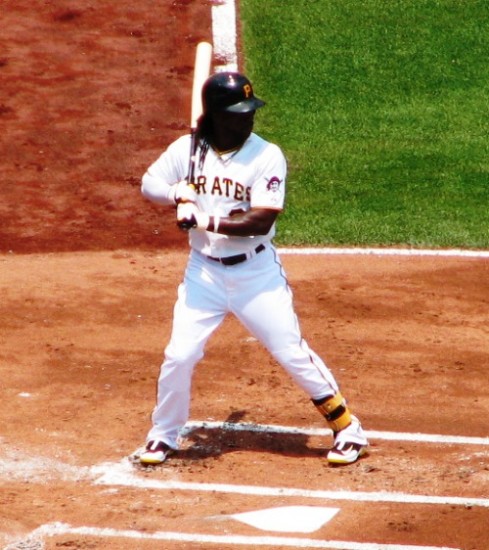 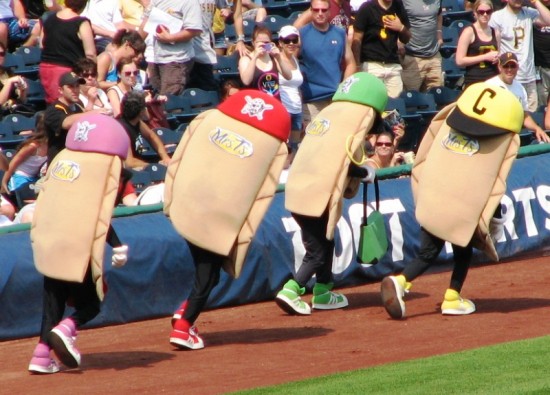 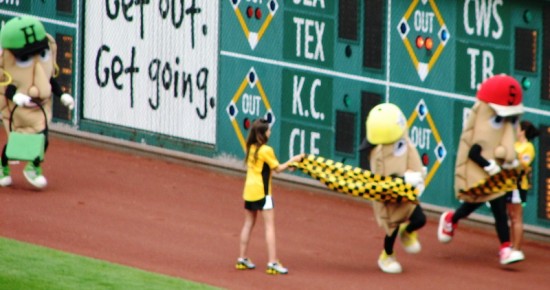 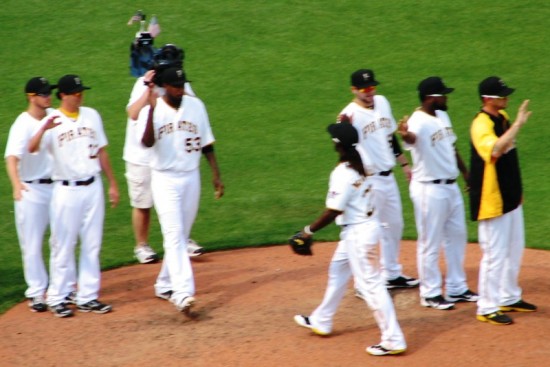 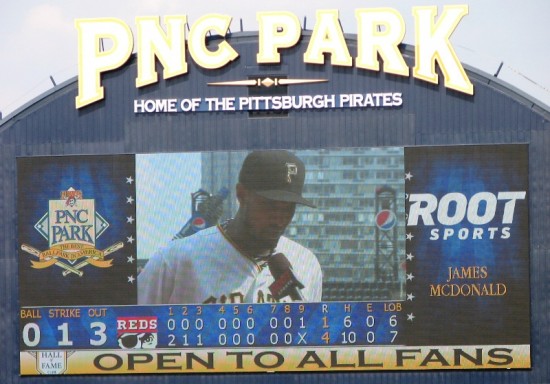