Daily Brief: The guy who caught two home runs in a row

Last Game
The Reds beat the Braves 1-5. Mike Leake finally got a win, plus his first career home run. If ever Dusty was going to let a guy bat and then replace him in the defensive part of the inning, this is the guy to do it with. But, no, Dusty didn’t do that with Leake last night.

Next Game
The series with the Braves at Great American Ball Park continues tonight at 7:10 p.m. Mat Latos (2-2, 4.63 ERA) takes on Brandon Beachy (5-1, 1.33 ERA) in a matchup that does not favor him as well as Leake’s did last night. At least the bullpen is rested.

Give that Guy an Honorary Contract
Unusual enough to get back to back home runs out of your pitcher and lead-off hitter, but to have both of those home run balls caught by the same guy is something Hollywood would make up.

And yet, 20-year old Caleb Lloyd, a Thomas More College student, was the lucky recipient of both of those home run balls. You can catch the video here (HT Cincinnati Reds Blog).

Lost in all this stroke of lightning talk is the fact that these were just the first two of three back-to-back-to-back home runs.

What to Say to Sound Smart at the Water Cooler
The guy going against Latos tonight has the best ERA for a starter in all of baseball. He has Johnny Cueto beat by 0.64.

Posted in Daily Briefs.
Comments Off on Daily Brief: The guy who caught two home runs in a row 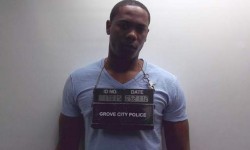 Mike Leake turned in his best outing of 2012 for the Cincinnati Reds last night, and it’s a good thing, too. With a record of 0-5 and an ERA of 6.21 heading into the game, Leake was decidedly the Reds’ worst starter. Leake responded by going 8 innings, allowing 1 run on 2 hits, a walk, and 6 strikeouts. And he lowered his ERA to a much more respectable 5.32.

In addition to picking up his first win, Leake also picked up his first career home run. With 2 outs in the bottom of the 4th inning, Leake came to the plate against his rival, Mike Minor, and launched a solo shot to left-center field to break a 1-1 tie. The next batter, Zack Cozart, hit a solo shot to the exact same spot in left-center. It was so much the same spot that it was caught by the same fan as Leake’s. The fan was even brought up into the broadcast booth to be tortured by Thom Brennaman’s voice. After that, Drew Stubbs hit his second shot of the game to make it a back-to-back-to-back inning and give the Reds a 4-1 lead they would not relinquish.

After Leake pitched the 8th, Jose Arredondo was brought out to close out the game. He started off well, getting the first two outs on a fly out and a strikeout. But then he lost the strike zone, and walked the next two batters. Manager Dusty Baker has shown he has a short string with his relievers lately, and last night was no exception.

Baker brought in Sean Marshall, who closed out the game and picked up his 8th save. Not bad for a guy who just lost the closer’s job.

Today, Mat Latos will try again to make it past the 5th inning when he starts against Brandon Beachy. The first pitch is 7:10pm EDT.