Twitter trolls (I like to think of them as “twolls” for that Elmer Fudd ring) can be a serious annoyance. You’re going along, trying to contribute in a positive way to the Twitter-verse, and up pops some jackass who gets his jollies by poking you in the eye and seeing if you cry.

In light of recent events, the crack staff here at RHM thought it would be a good public service to offer some techniques for dealing with twolls.

For the sake of purely hypothetical argument, let’s say a twoll were to attack you with a tweet such as:

I’m not big on long haired queers that like to act important b/c you sucked off a few people in the right places. #DustyDickRider

Now, you might reasonably want to beat the hell out of this guy, but telling him so just plays into the twoll’s desperate emotional need for validation. Ignoring the twoll is better, but it misses an opportunity to undercut the aggressiveness and establish yourself as dominant.

The best twitterers balance sarcasm (to show they have the wit to take you down) and self-deprecation (to show you’re not even important enough to use their wit on), but there are many techniques available. Here are a few for you to try:

The “I know you are, but what am I?” technique

Is that how you got your job? Here at the #Reds, we use something called a “resume.” #airquotes

The “it’s almost as bad as you said, but not quite” technique

Of course I didn’t do anything like that to get my job. That one night with Gapper didn’t affect the hiring decision. #furry

The “yo’ mamma” technique

You kiss your mother with that mouth? Probably shouldn’t; I might have given her something when she was showing me all her tricks.

The “don’t talk to me about life” technique

That’s obviously not how I got this job: if it were, I’d have been promoted by now.

People at my pay scale don’t have to do that stuff. Now, @JimDayTV, on the other hand…

The “ironically focusing on the wrong clause” technique

How can you say such a thing about me?? I’m way too busy and influential to act important!

I am appalled that you would use that word. I am NOT “long-haired”! #BadHairDay

“in the right places”? I don’t know what would be the “wrong places”? #YouObviouslyKnowMoreAboutThisThanIDo

The “misinterpreting a word” technique

#DustyDickRider?? It wasn’t dusty after I suc–oh, I see what you did there.

Damn right I’m important. They only have the most important people bantering with Twitter geniuses like you.

Twolls are pathetic creatures, more worthy of pity than scorn. But just like grubs in your lawn or the Chicago Cubs, they still have to be dealt with. Go get ’em, tweeps!

Posted in Random Ramblings.
Comments Off on PSA: Dealing with twolls 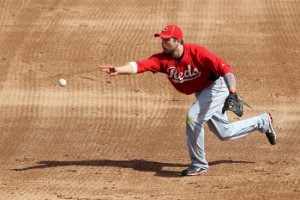